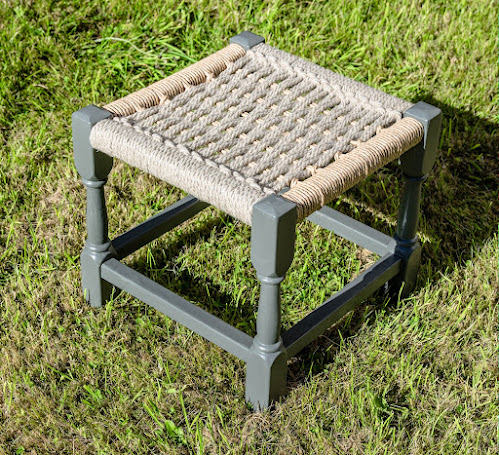 There are lots of these little 12-inch stools about, mostly worked some years back in seagrass or brightly coloured polycord. They're wearing out now. Some of our customers are keen to have their stools re-done in exactly the same style as the original, and all I have to do is remove the old material, clean up the frame, and work the seat with seagrass in the traditional chequerboard pattern. 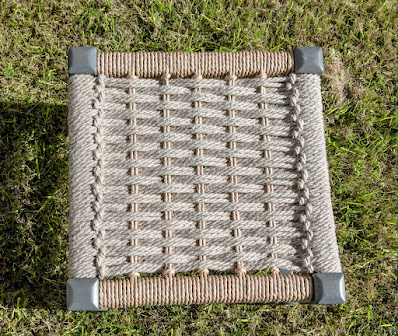 It's rather nice, though, to have a customer who wants something different. This stool had belonged to her son when he was young, and had  bright green polycord wearing away on its surface. She told me that now that he's an adult he prefers calm, muted colours, and provided me with a tin a grey paint to cover the frame. This took a bit longer than I thought as it required several coats to get a nice, smooth surface. 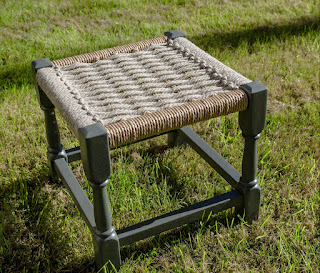 She asked if I had any grey cord, so I showed her our lovely silvery flax cord, which is so soft and nice to work with. The only trouble with this stuff is that it stretches a bit in use, so can't really be used on its own on a seat. But this gave me an opportunity to try something I'd had ticking over in my mind for a while: a hybrid seat, with warp strands in a tough cord and soft flax cord for the weft. I suggested Danish cord for the warp.

I used the "no-nails" Danish cord pattern, which can be found in our bestselling book. This relies on the strands of cord looping over themselves at the sides, rather than being fixed to L-shaped nails underneath (as in the more common Danish cord seats) or being wrapped all the way round (as in traditional styles like the cheuquerboard pattern. 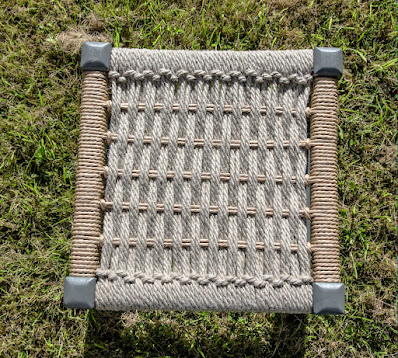 Wrapping the cord over itself creates a pleasing pattern of little knots round the edges, as you can see in the photos.

I'm quite pleased with the result, and it's a new design for me.

CLICK BELOW TO BUY THE SITUPON SEATS DANISH CORD BOOK! 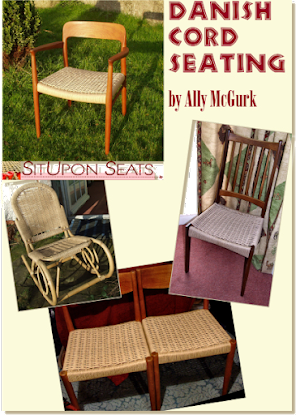 (Scroll down the page when you get there.)

Flax and other natural cords 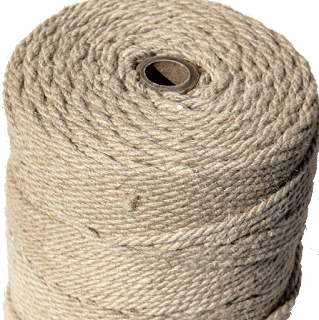 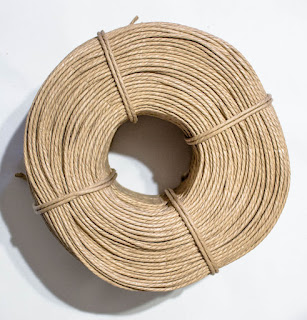