Ann W. recently bought a stool frame and some black polycord from us, and did an absolutely superb job of putting it together and weaving the chequerboard pattern. 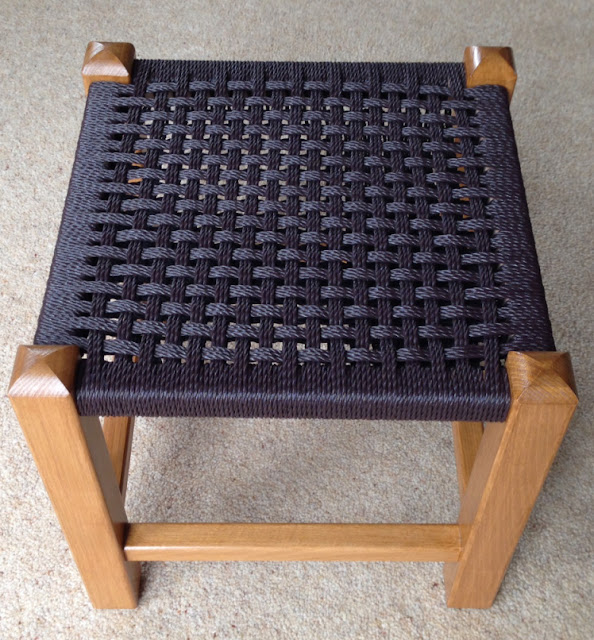 The underside, which is often the part people don't bother much about, is really neat. She experimented with methods of joining in new strands of polycord, and discovered that simply using a cigarette lighter to melt the ends together works very well. If you look carefully at the photo below you can see where she had to do a repair when one of the joins came loose (from overuse by children!) but the others seem to be holding up very well. I am most impressed. 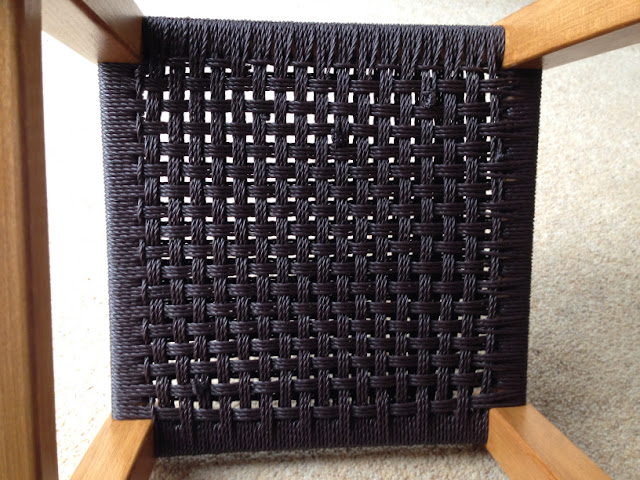 She says:
"Recently I discovered that underneath the stool a couple of the knots that I had melted together had come unstuck so I had to do a bit of repair work with the lighter. They're a bit more blobby than I would have liked, but they are underneath so no one sees!

The stool has been in increased demand as kids sit around the coffee table playing games, so I've decided I'll do another one."

Polycord is an ideal material for seats that will be used by children. It's very strong, and comes in nice bright colours (red, green, blue and yellow) as well as more subtle ones like this black (also straw, white and dark brown). But the best thing is, you can wipe it clean when the kids spill food or juice on it.
Posted by ally mcgurk at 07:35